Across and In-Between by Suzanne Lacy

Golden Thread Gallery is delighted to be premiering the installation of Suzanne Lacy’s Across and In-Between in the summer of 2021, presented in association with IWM Imperial War Museum, The Whitworth and Ulster University. Co-commissioned and presented as a work-in-progress for the closing season of 14-18 NOW and the Belfast International Arts Festival; the project amplified the voices and experiences of border residents during Brexit negotiations through words, imagery, sound and performance, providing them an opportunity to reclaim the landscape around them.

Gallery Director Peter Richards says, “We’re thrilled to be sharing an opportunity to see Suzanne Lacy’s Across and In-Between in Belfast at this historic moment in time. Special thanks go to Cian Smyth who collaborated on the project, and who has made this possible for us.”

The exhibition to be shown at the Golden Thread Gallery was originally created in collaboration with artists and communities in Ireland from both sides of the border, almost 100 years since the partition of Ireland. Across and In–Between explored the profound impact the border has on the lives of people living there during a time of intense international focus around Brexit. The project created a mass response by over 300 border residents interrogating a line on a landscape with a collective, metaphorical act of 'drawing and erasing.'

Across and In-Between is shown across the entirety of The Golden Thread Gallery. The installation consists of: Border People’s Parliament; a series of portraits, a soundscape and The Yellow Manifesto in Gallery One; The Yellow Line; a 3-screen video projection shown in Gallery Two; and additional photos alongside a 29’ documentary film, Across and In-Between: Voices from the Border in Ireland, shown in the Project Space. 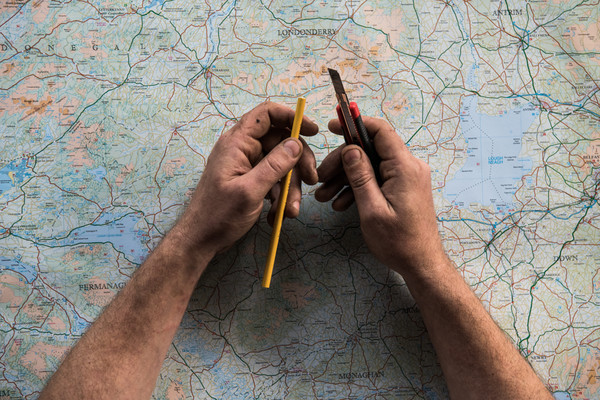 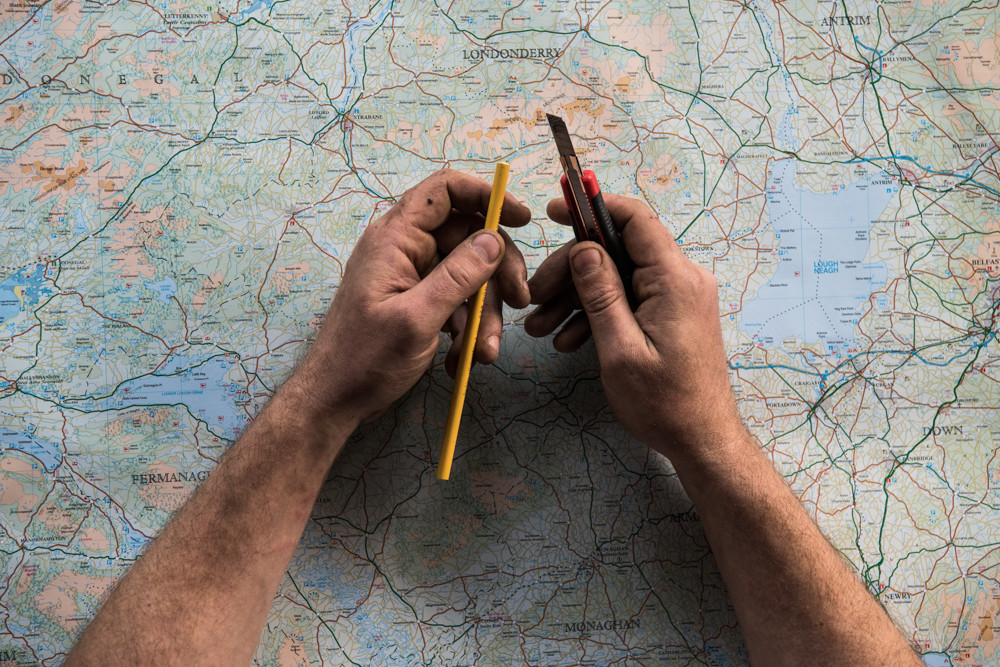