Balcioglu makes work which is deliberative, intended for consideration or discussion, a process which she sees as democratic, to imply a moral act, inviting others in, to cognize the world through others, and to consider values which are outside of the self.

Balcioglu’s works are neither figurative nor abstract but in an intermediary condition. For Balcioglu experiment and transgression are necessary; she does not cultivate the image. She works on a flat surface using ink and other liquid materials and does not step back while working, only seeing what is in front of her and never the entire picture plane as composition.

Her mark-making hovers around formlessness, reminiscent of stains left from bodily fluids and stigmata like appearances located in an in-between state of consciousness and slumber.

“I want less control, more abandonment of conventions and historical burdens. In the image I am looking for ways of exiting through which I might get somewhere. I don't plan but have ideas, visions and intuitions about what I'm going to do”.

Balcioglu’s drawings in this exhibition completed between 2006-10, fold and coil into each other as one continues movement, they start with an autobiographical reference; the bathing and wrapping in a white shroud the body of a person close to the artist which is then laid out on muddy earth and covered to slowly lose its form through decay.

The latex works made during 2019-20 continue in this vein and are a visceral association with skinning, the removal of an outer layer of the body that holds everything inside in-together as if having been flayed.

In her most recent fabric works the shroud seems to have reappeared as found pieces of fabric, often previously used, or left as remnants and sold cheaply.

Some of them have had lives as table linens, curtains, bed covers, dresses and in their stitching together there is a holding together, a mending of what might otherwise fall apart, a redemptive process of sorts.

Free - donate what you can 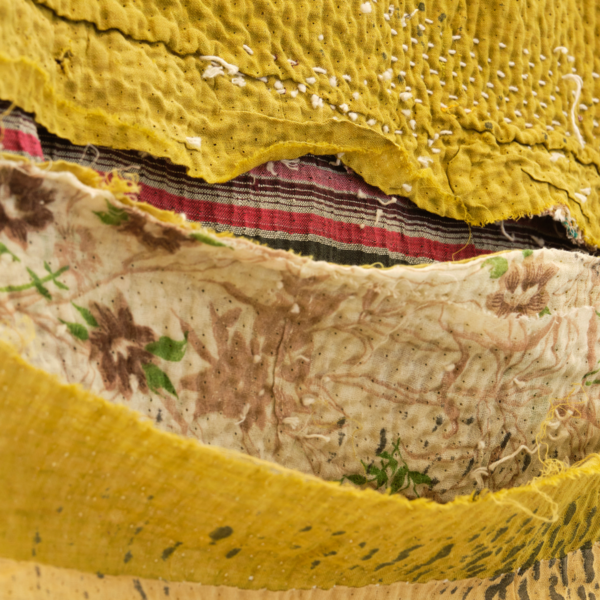 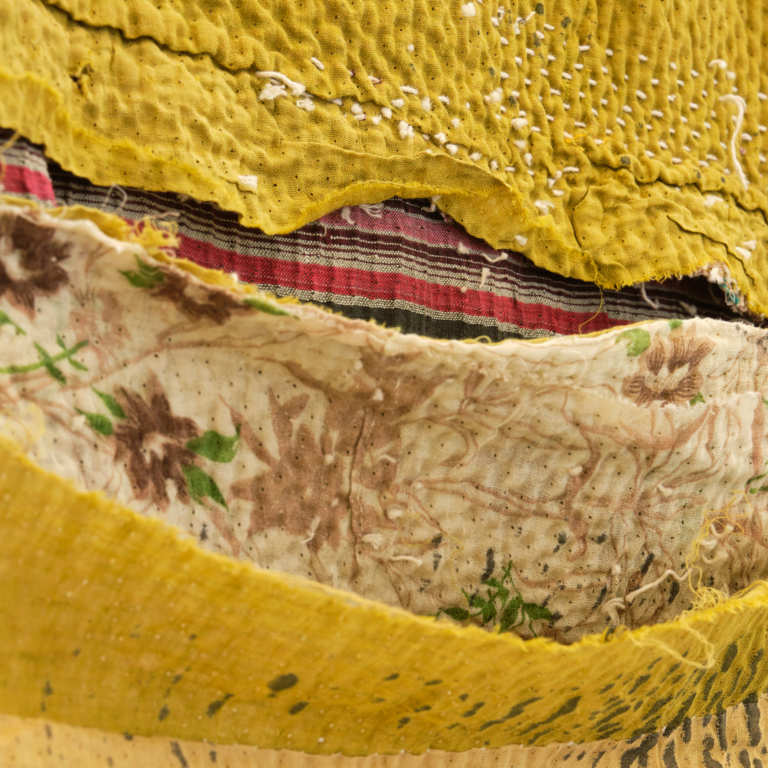