Multidisciplinary artist Neil Kerr returns with a newly curated art exhibition, Brace For Impact, launching in The National, Belfast on November 3rd. The first show created under his music moniker, Mount Palomar, the new body of work coincides with the release of a 4 track EP of the same name.

Returning to The National for the first time since his groundbreaking Breed show, that featured a selection of the world’s biggest street artists including Banksy, Faile, Conor Harrington and many more, Neil and the selected group of artists have created a series of large abstract works to adorn the stunning brick walls of the venue’s interior.

A reflection on the tumultuous two year period that saw the world come to a stand still, with lives turned upside down during the pandemic, Neil has invited five other Belfast based artists to interpret the theme of ‘life spiralling out of control’ - Adam McIlwaine (specialising in printmaking and mixed media), Sinhalese artist Anushiya Sundaralingam (specialising in identity and the nature of belonging), Declan Byrne (The Ink Jar), Laura Nelson (founder of SzuSzu Signs, specialising in traditional hand lettering and sign painting) and Leo Boyd (specialising in screen printing).

The show will also feature live music on the night in the form of local collective Jerrys Stolen Goods (featuring emerging MC EMBY) and celebrated Belfast composer Phil Kieran (known most notably for his work alongside fellow Belfast pioneer David Holmes and Andrew Weatherall, contributing to soundtrack for Killing Eve and some of the 00s most exciting electronic music on Cocoon, Optimo and Mute Record ). District Magazine will also be in attendance to conduct a live-streamed interview with Neil about the show and its themes.

The exhibition runs for 6 weeks. Free admission. All works are for sale. 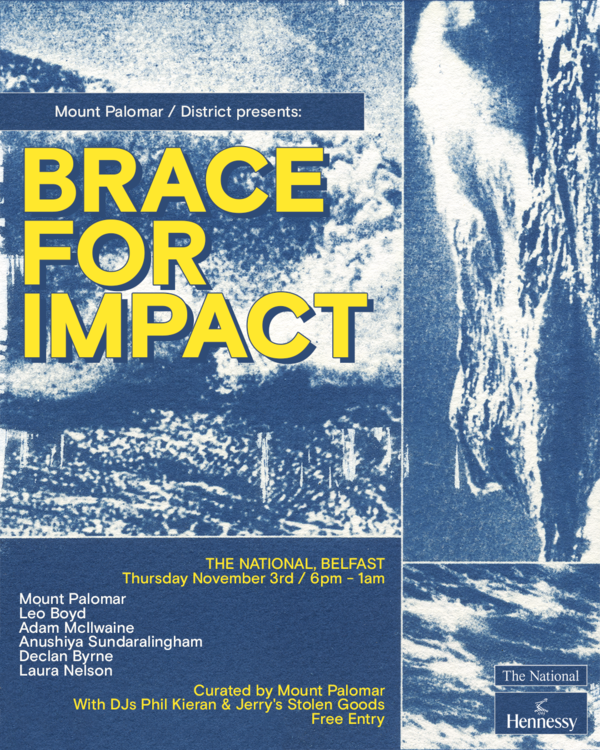 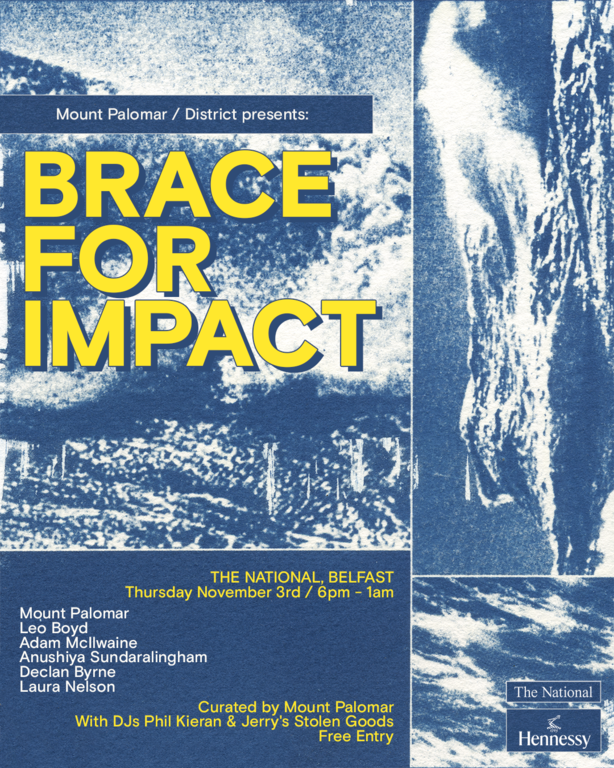